Lee and London received a call from some women opening a boutique at the Del Mar Plaza who were looking for PR support. We learned the plaza had been neglected for years by owners who didn’t even live in the country. In 2017, Patricia Brutton and her husband Marc decided to change that and purchase the plaza, putting it under local ownership for the first time in 20 years.

Patty Brutton was on a mission to breathe life back into the plaza and restore it to its former glory and then some. But she wasn’t going to wait around for the types of businesses she wanted to come in, so she decided to open one herself. With the help of a couple of lifelong friends, they opened Sea Biscuit Del Mar, a boutique offering the latest in fashion trends, gorgeous gifts, personal styling and more.

In addition to the boutique, Kim Kelly Fit Studio was in the process of moving in. Kim Kelly is a well-known local trainer who had been traveling up and down the coast for over 10 years packing and unpacking her car for classes, bringing the fitness to her clients.

With two trendy businesses moving into the Del Mar Plaza, we decided our angle to the press would center on the revitalization of the plaza with Sea Biscuit and Kim Kelly Fit Studio leading the way. L&L saw this opportunity as a textbook local press campaign and in just three months, we produced over 50 local media hits with almost all of our targeted press outlets. 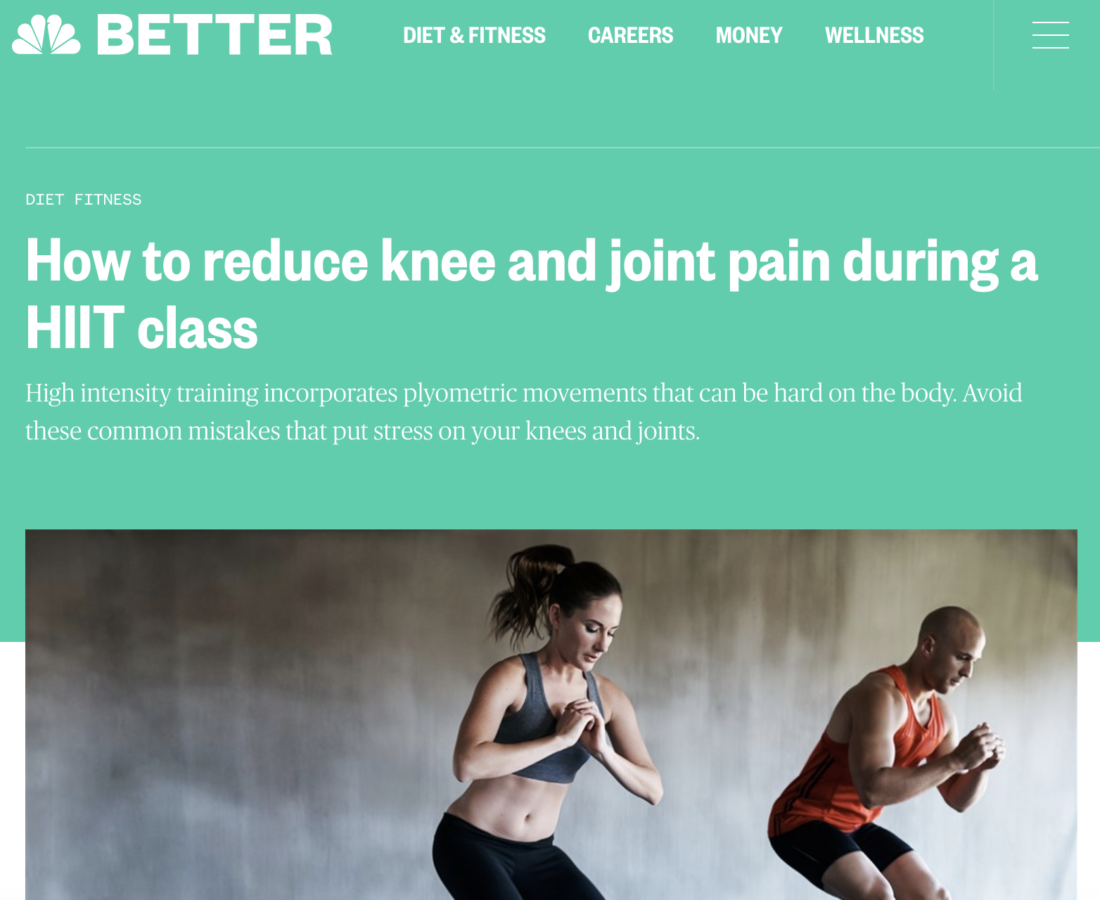 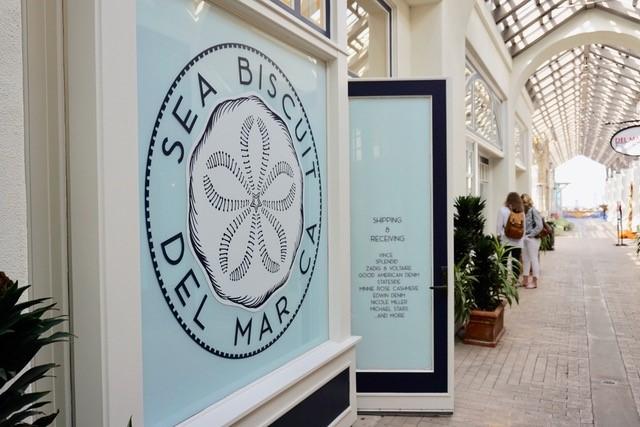 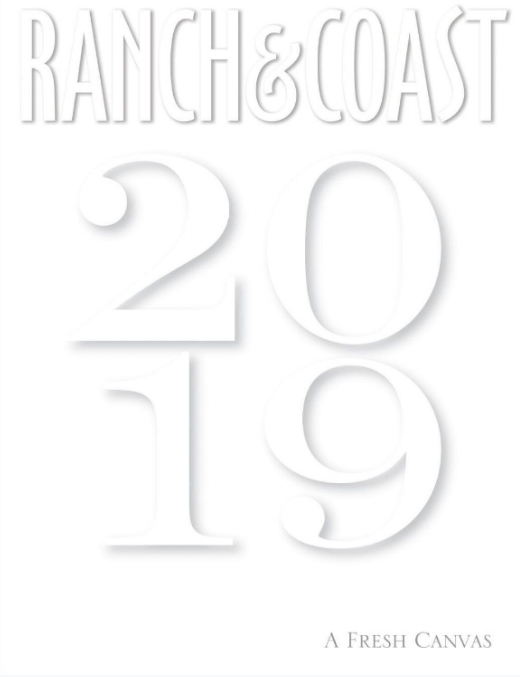 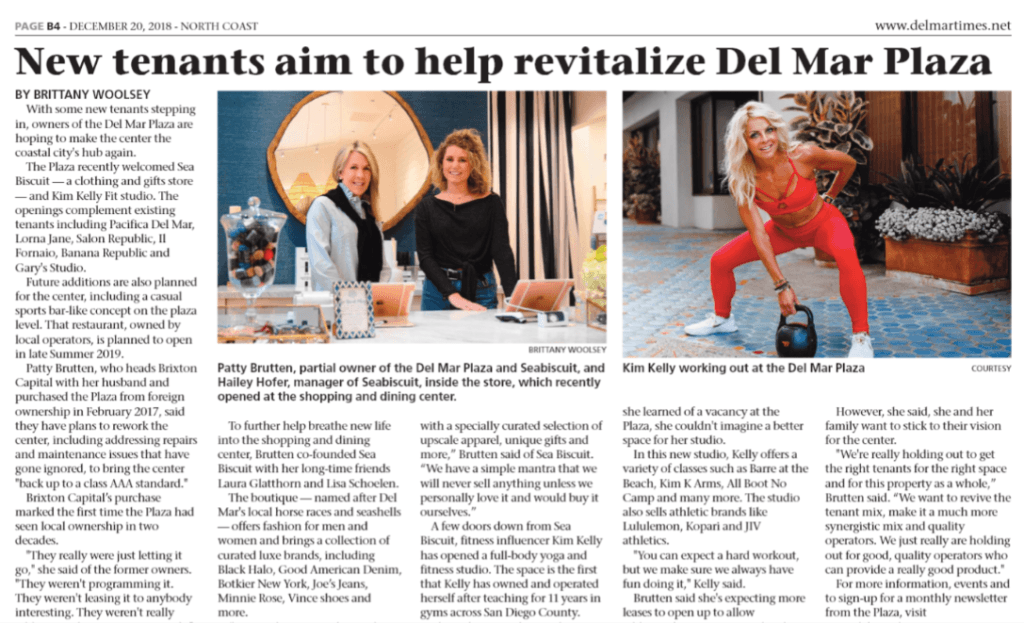 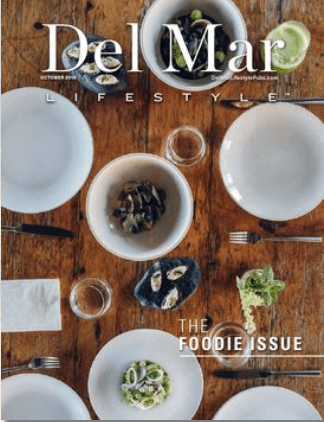 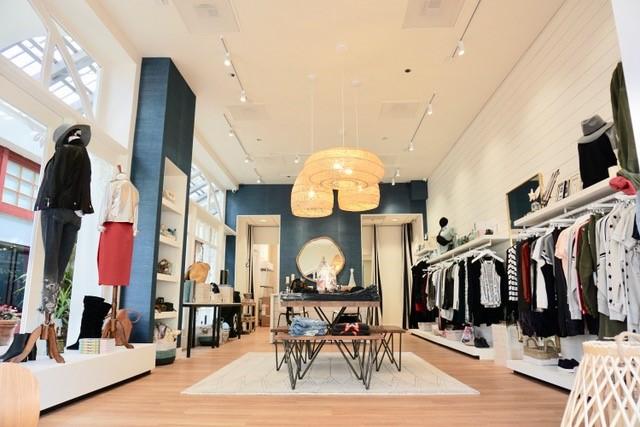 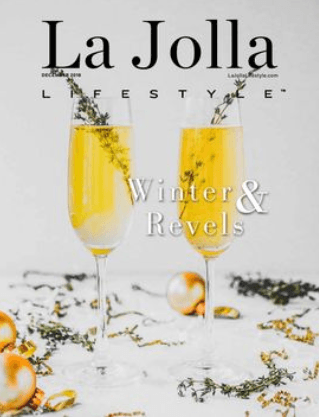 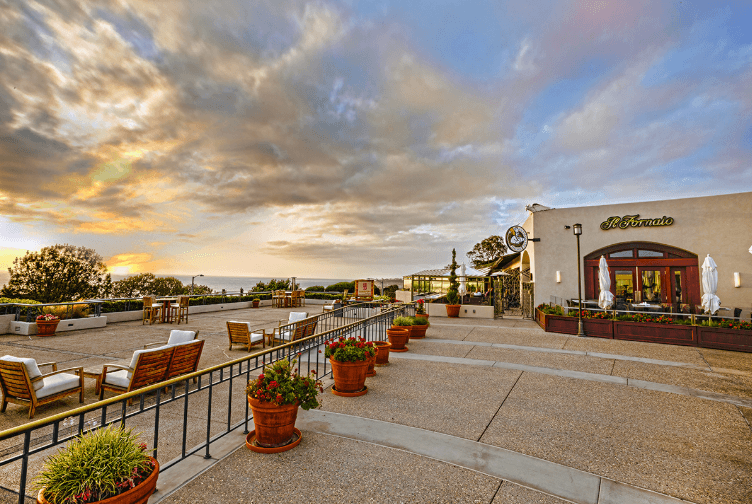 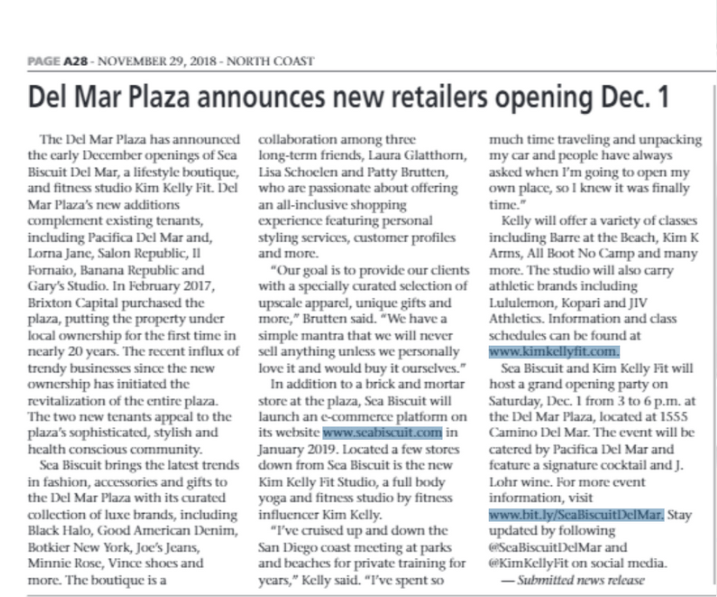 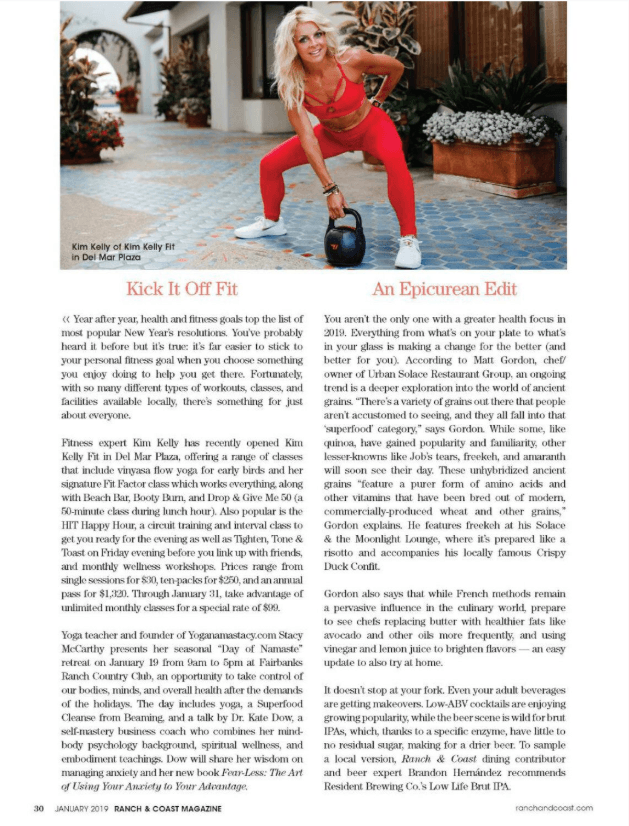 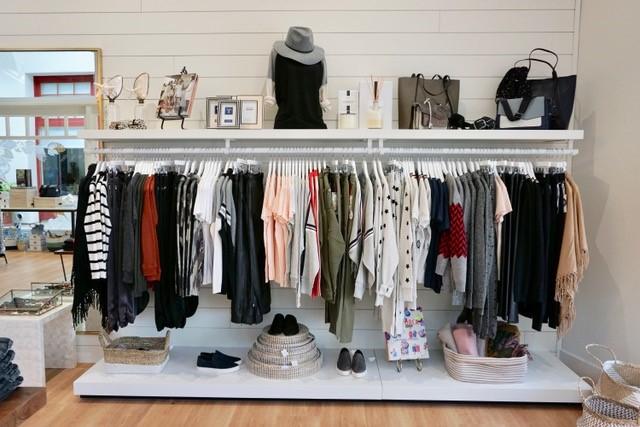 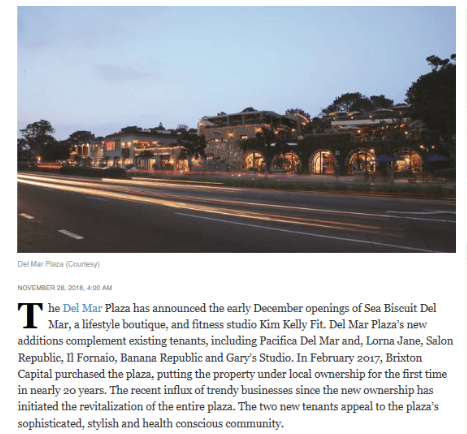 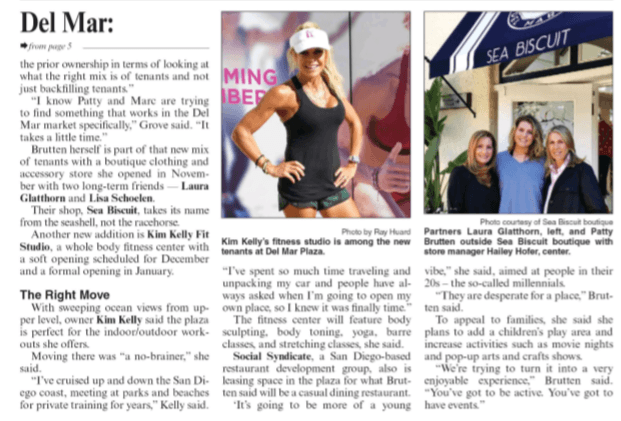