Lee and London began working with the Lawrence Family Jewish Community Center (JCC) and the San Diego Center for Jewish Culture (CJC)- two separate nonprofits both housed within the JCC- in 2017 to assist with their public relations for the year-round events, programs and activities. Their PR goal was to reach the wider San Diego population and let people know that the JCC is open to all, not just Jewish folks.

In 2018, the CJC created their first official arts seasons which hosted artists, speakers and performs all year- from Isabella Rossellini to Sandra Bernhard. L&L worked on individual event promotion as well as getting the word out in the arts community about the entire season. L&L has also assisted with the PR for the J Company Youth Theatre and earned multiple media spots for their shows on KUSI and many other local media outlets.

The JCC also received a grant to help host free community events, which L&L earned media for. The series is titled “Community Divided/Humanity United” and focused on social issues. One of the most recent events was a discussion with David and Nic Sheff, the real-life father and son that the film “Beautiful Boy” is based on, about addiction, recovery and their personal stories. With the Sheffs in town, L&L organized in-studio interviews with them on Fox 5 and KUSI.

In June, the JCC hosted two Parkland shooting survivors, Brendan Duff and Sofie Whitney, who helped create March For Our Lives and the subsequent movement. They visited the JCC to discuss gun violence and their new book “Glimmer of Hope,” co-written by 25 Parkland survivors. Leading up to the event, L&L earned an interview on the KPBS televised Evening Edition with CEO Betzy Lynch, a KPBS Midday Edition radio interview with Brendan Duff, a profile in The San Diego Union-Tribune of Sofie Whitney and the event, and an event spotlight in San Diego City Beat. The day of the event, all five television stations (KUSI, ABC 10, NBC 7, News 8 & Fox 5) came to the event and did live spots and interviews with Duff and Whitney.

The results of our work with the JCC & CJC have resulted in the stats below and continue to grow as more events and programs happen! 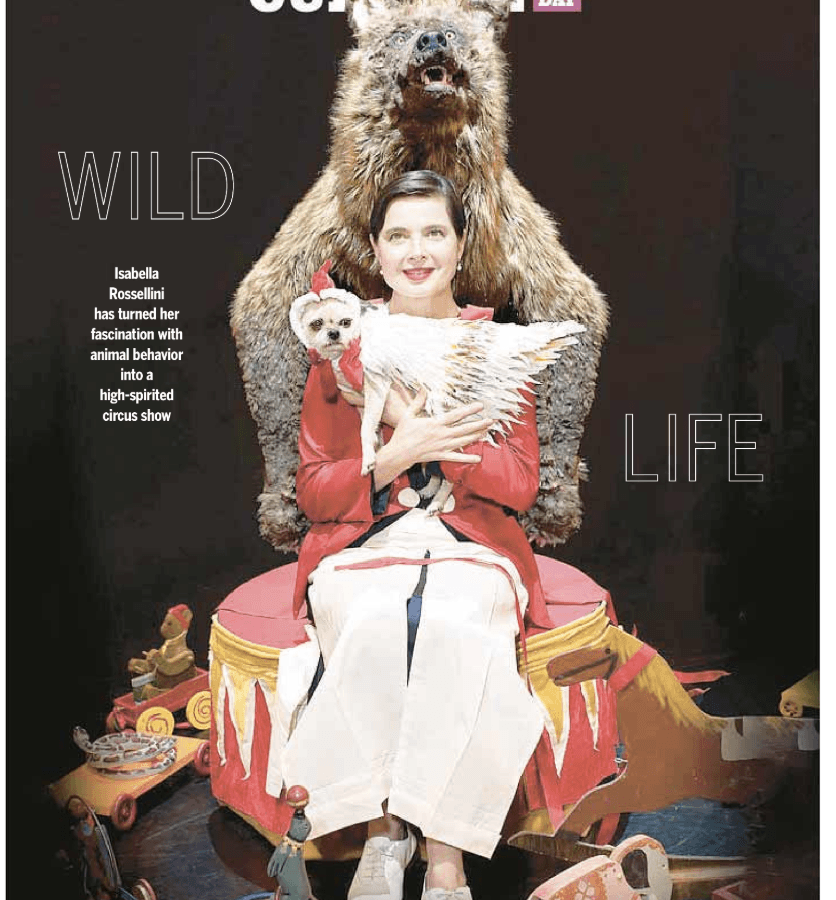 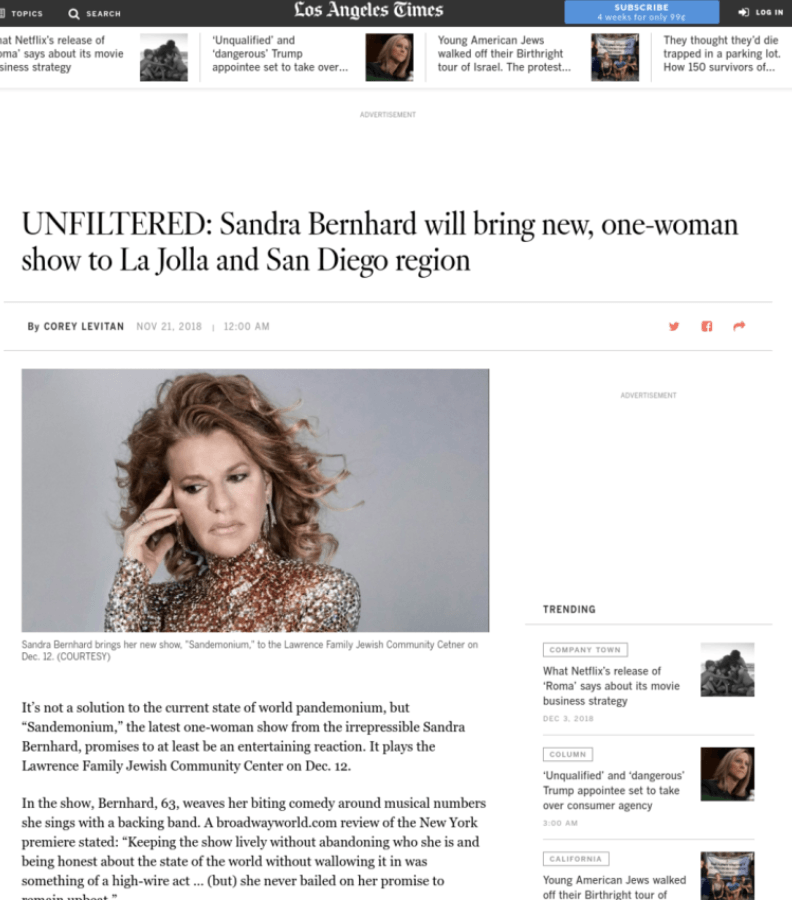 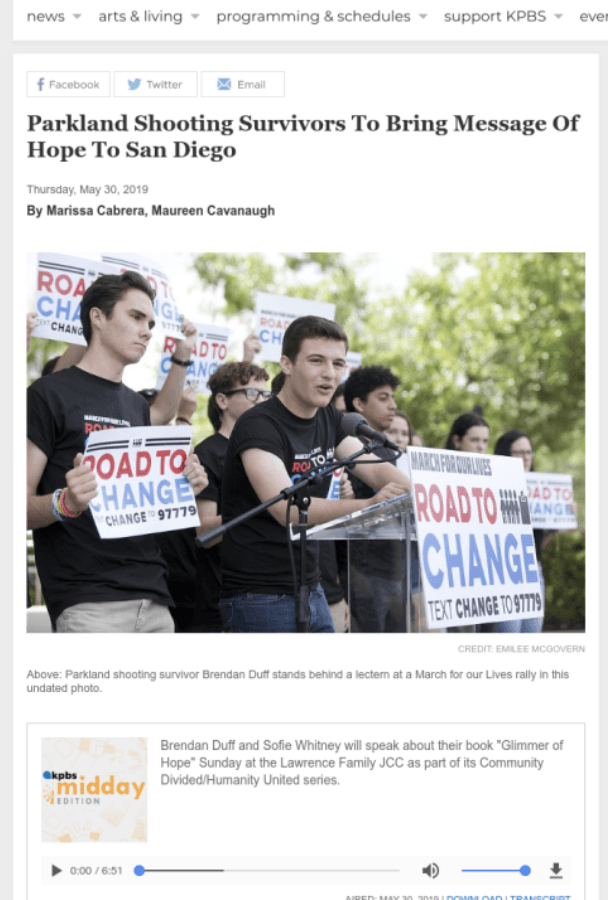 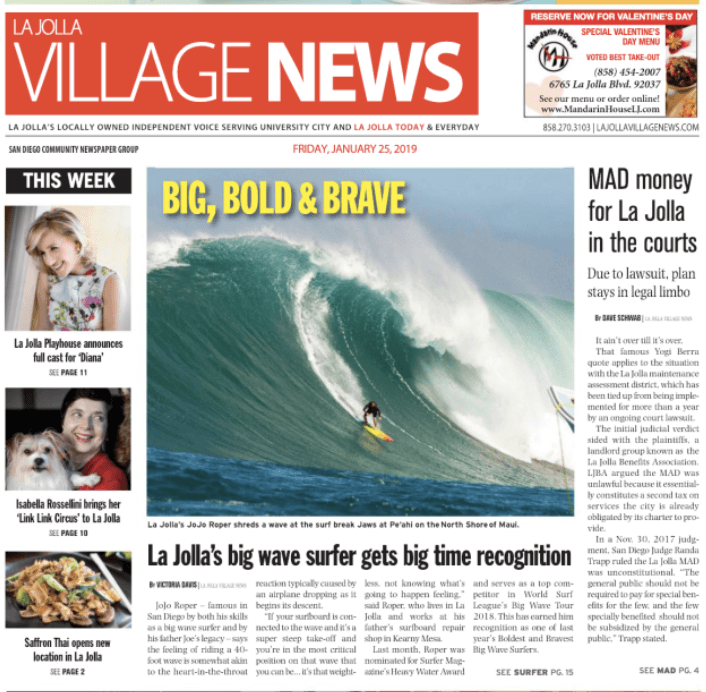 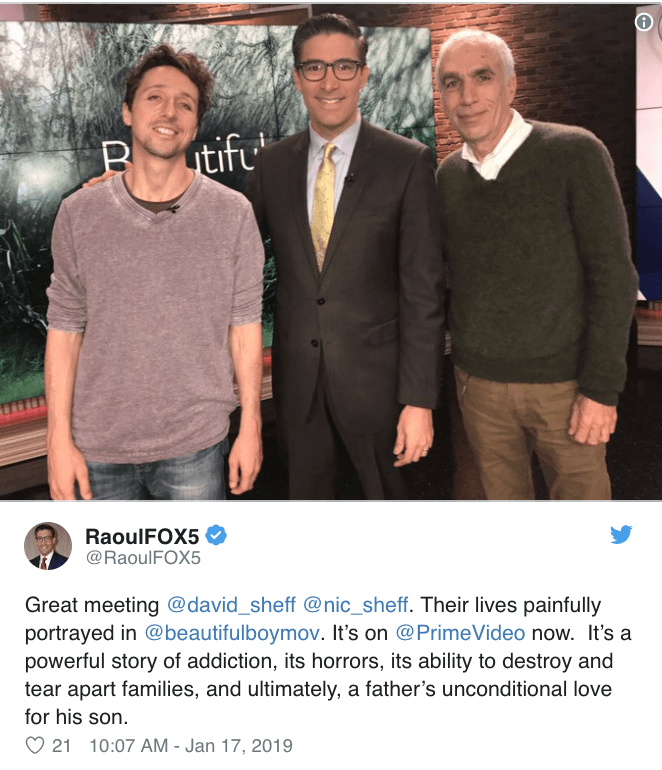 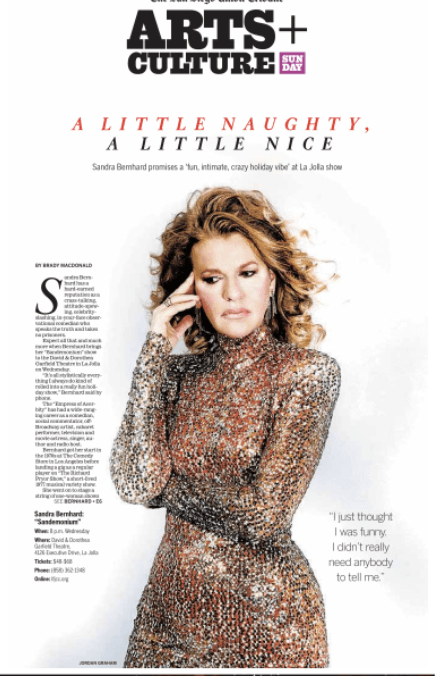 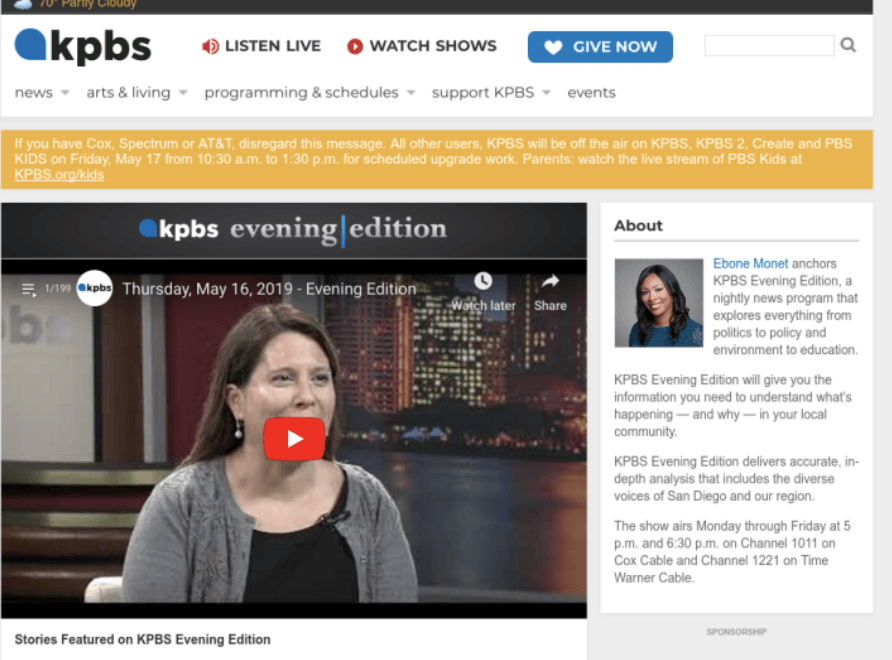 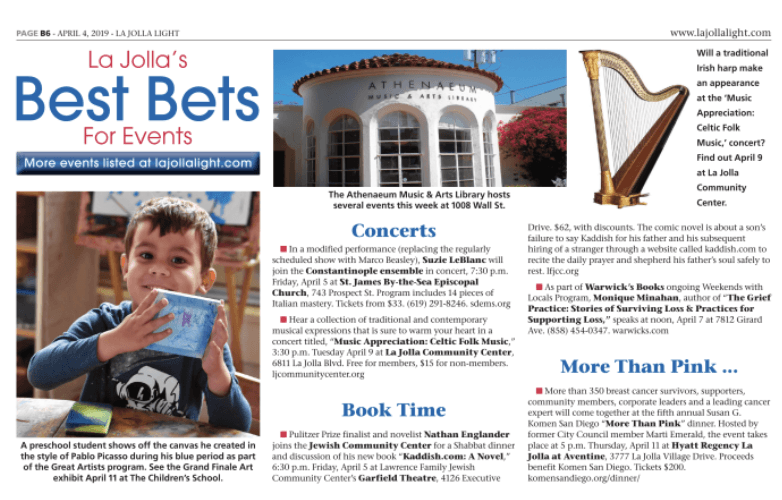 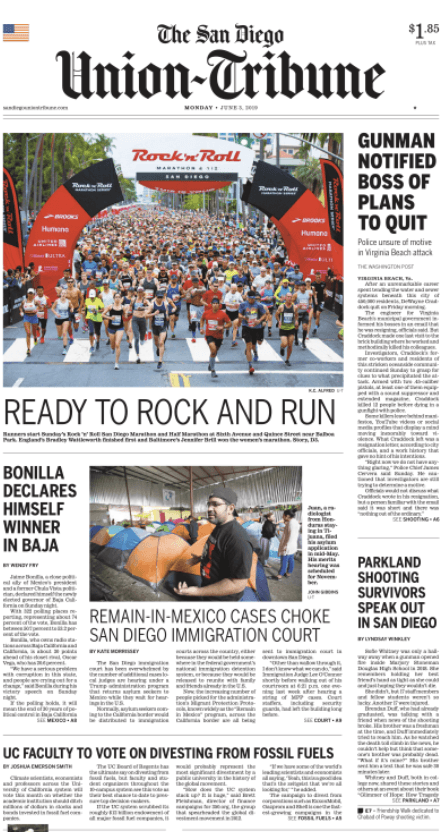 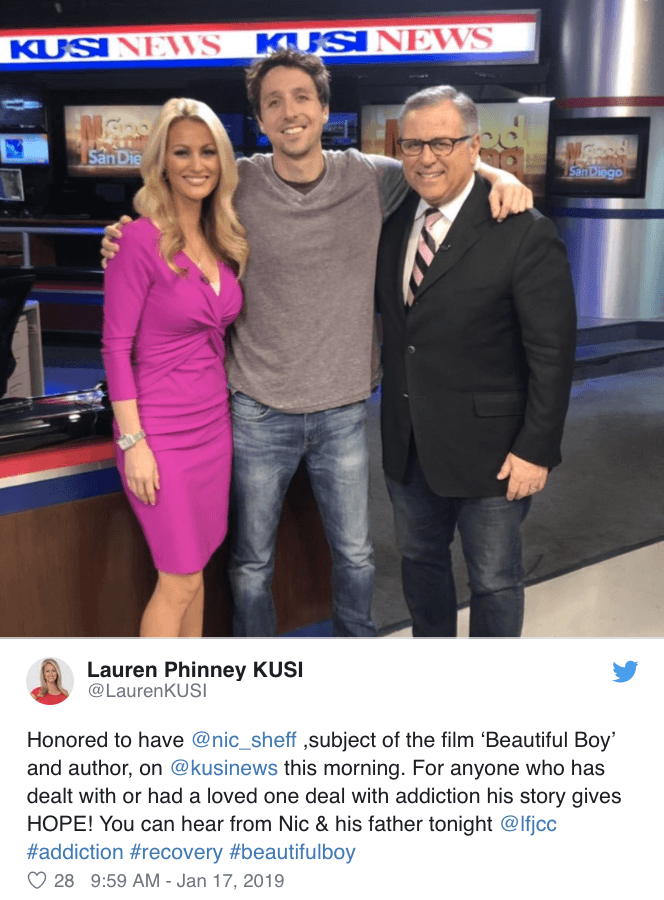 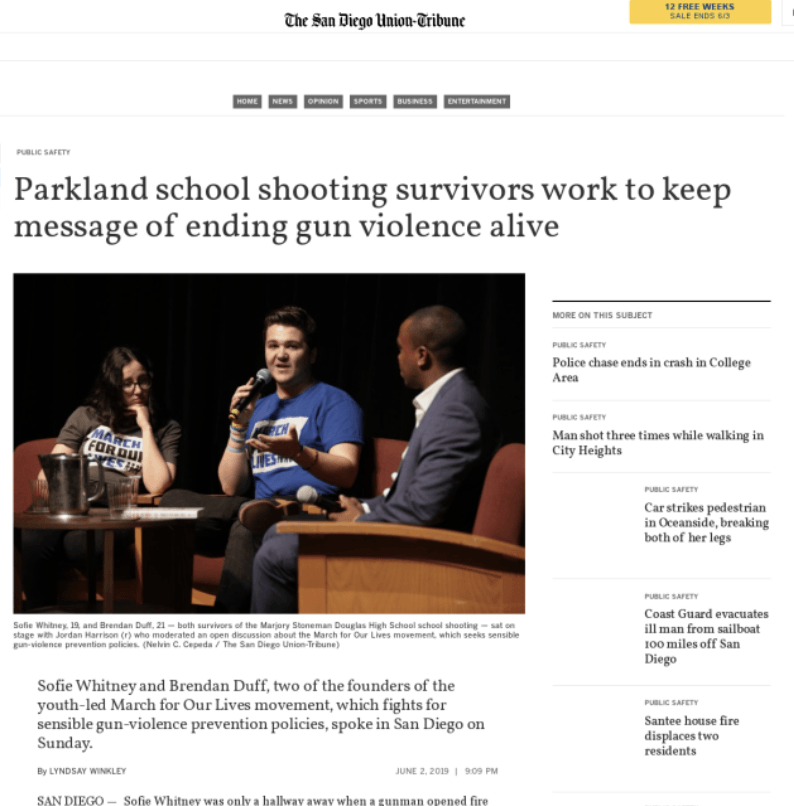 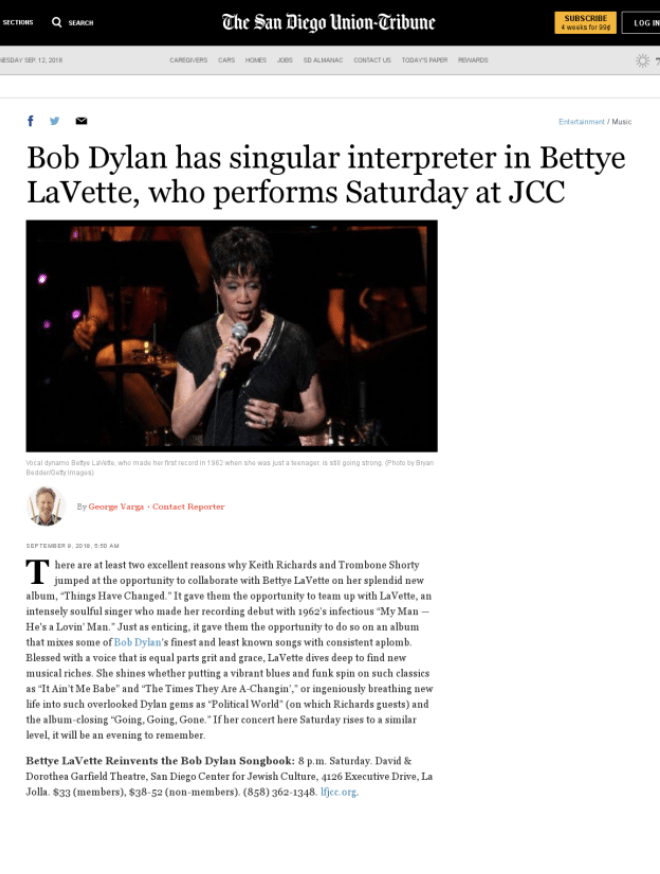 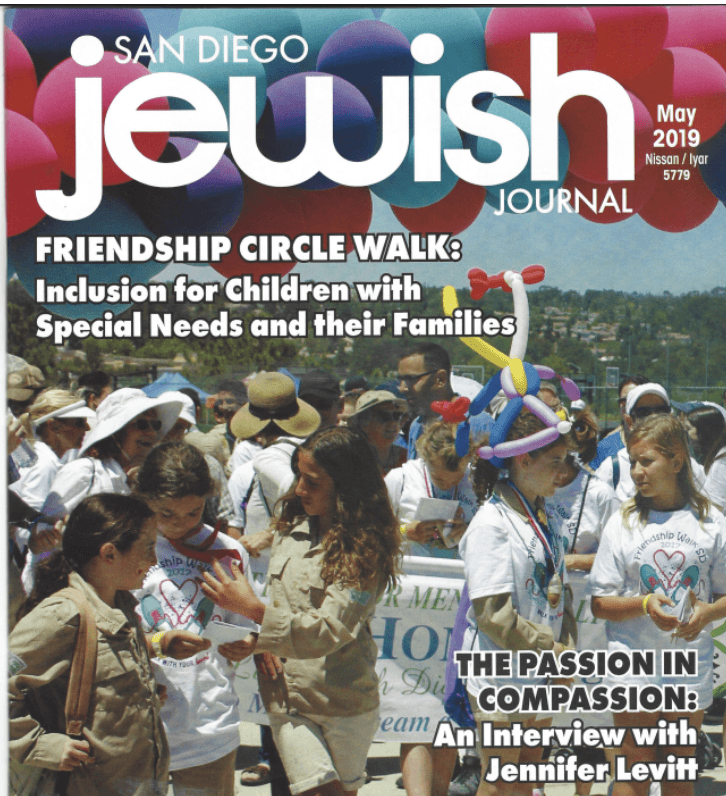 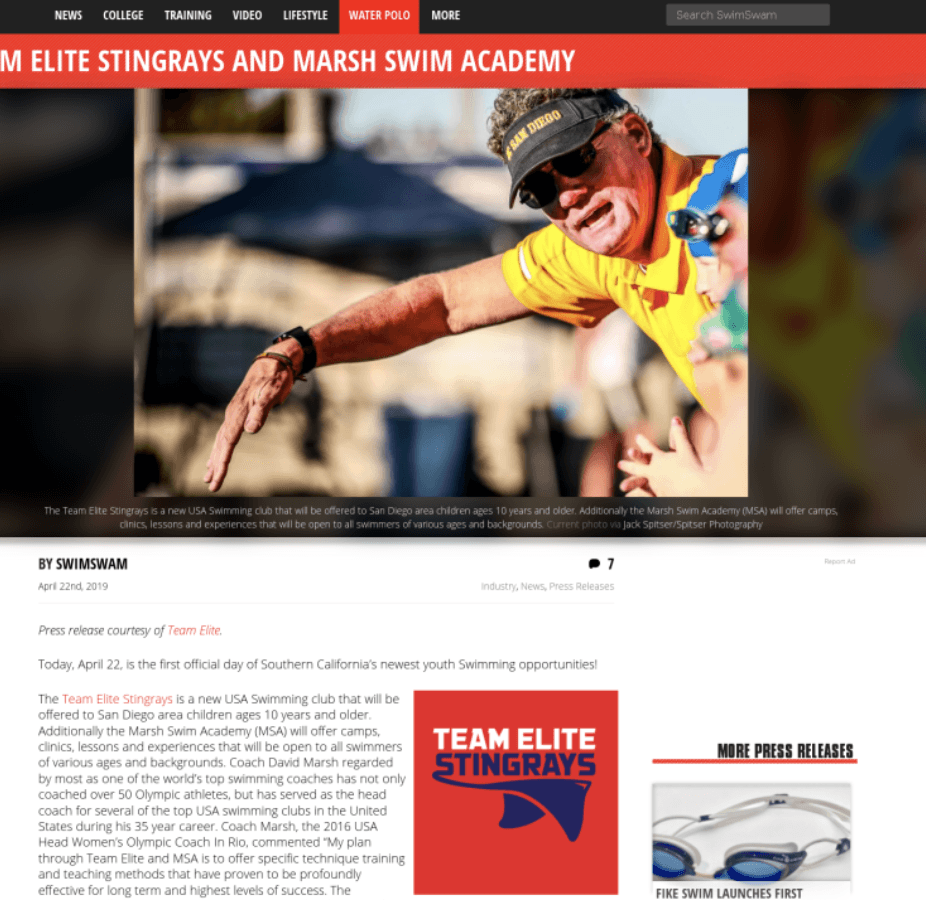 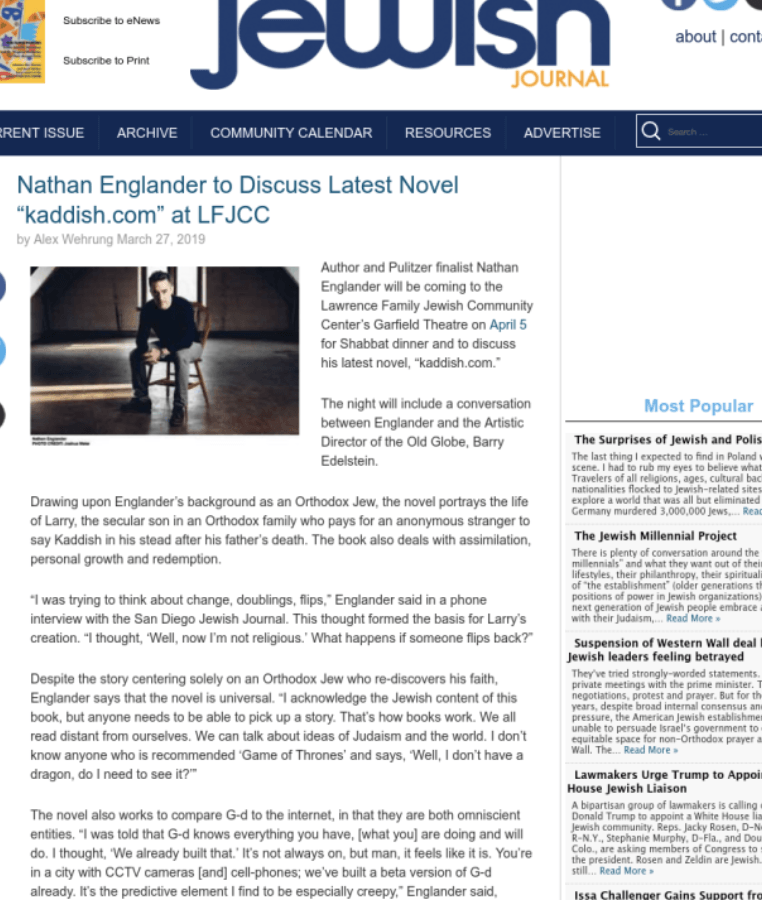 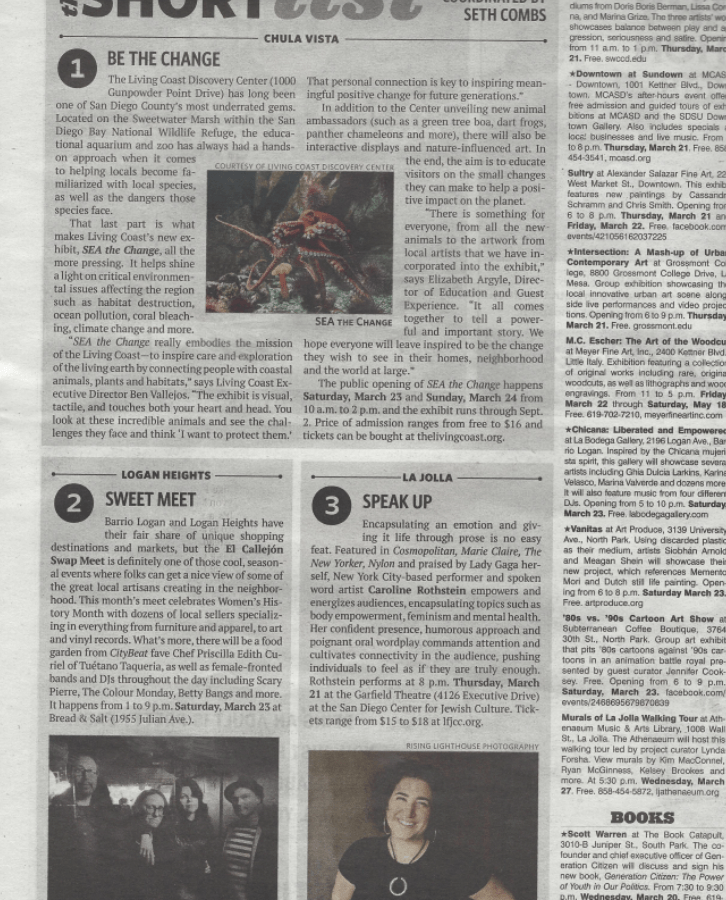 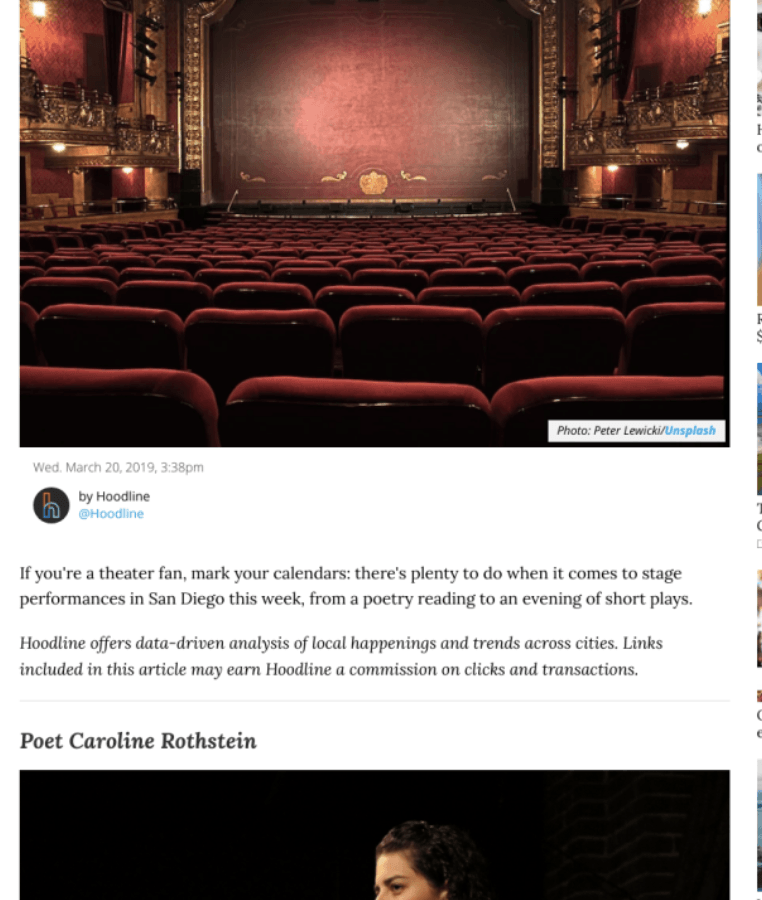 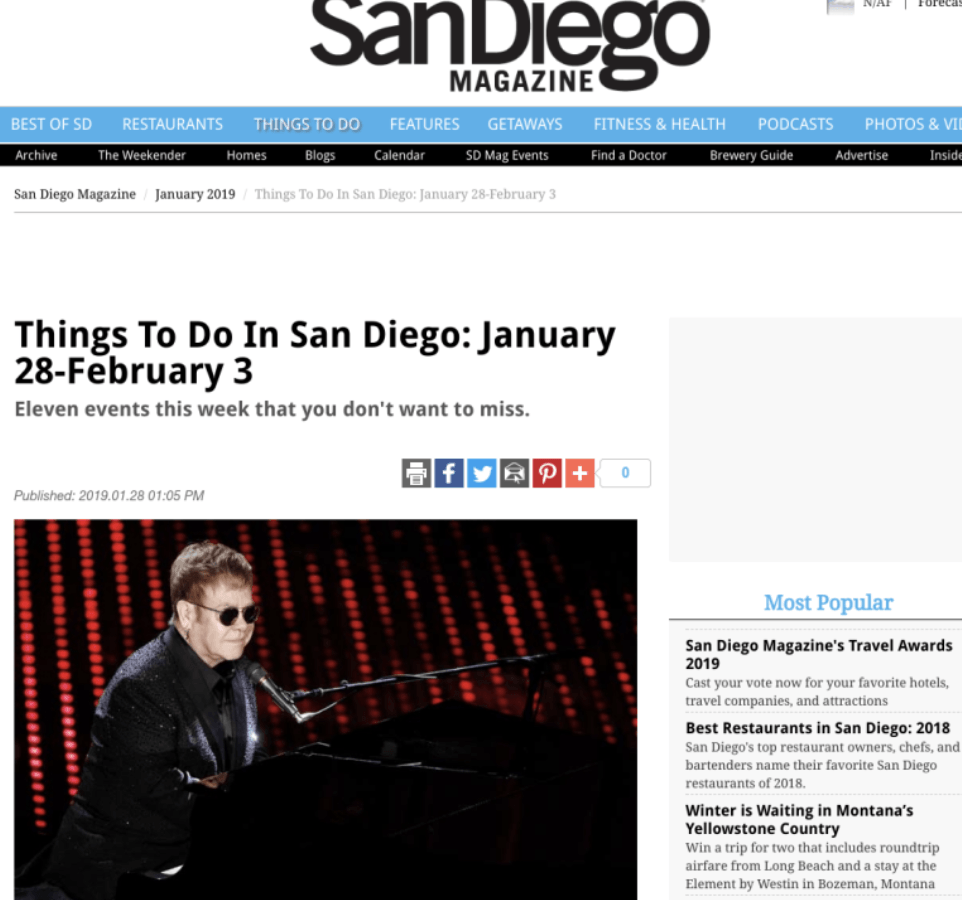 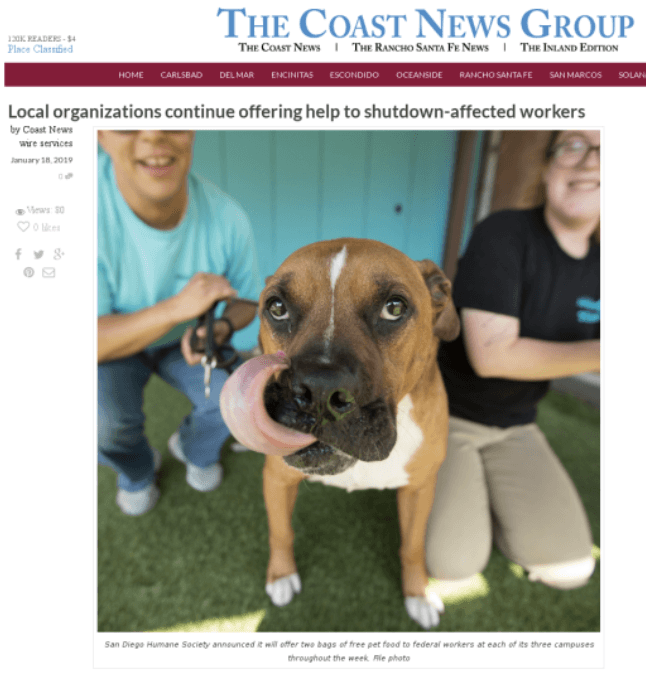 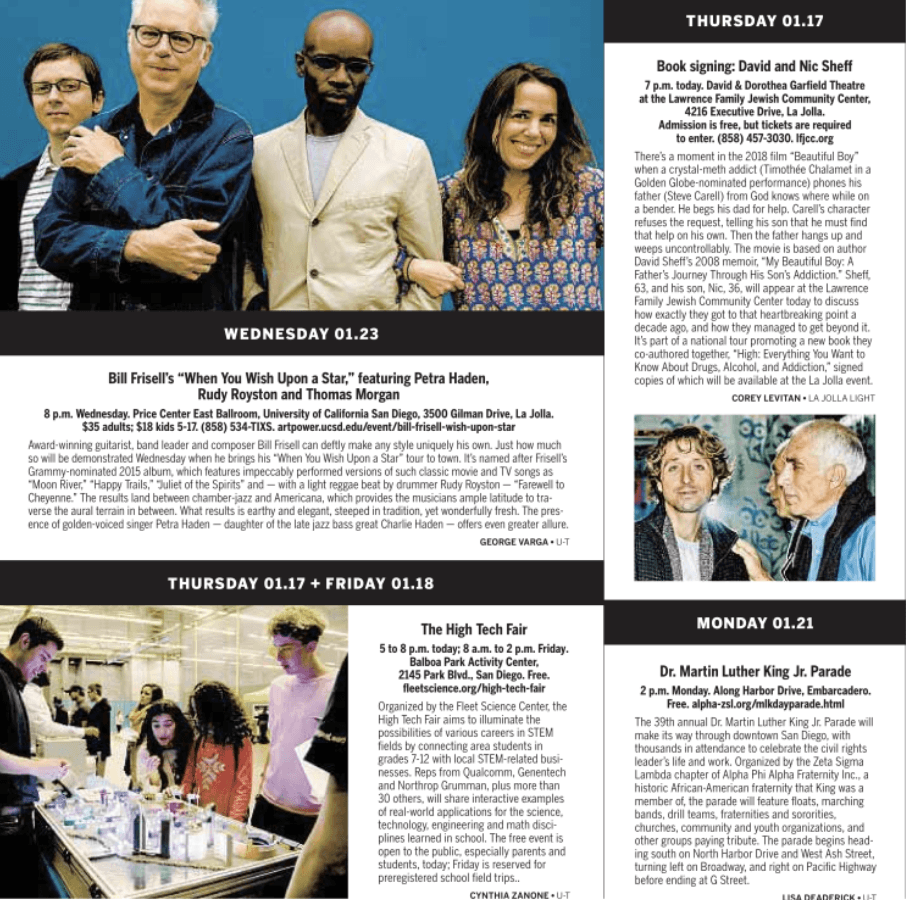 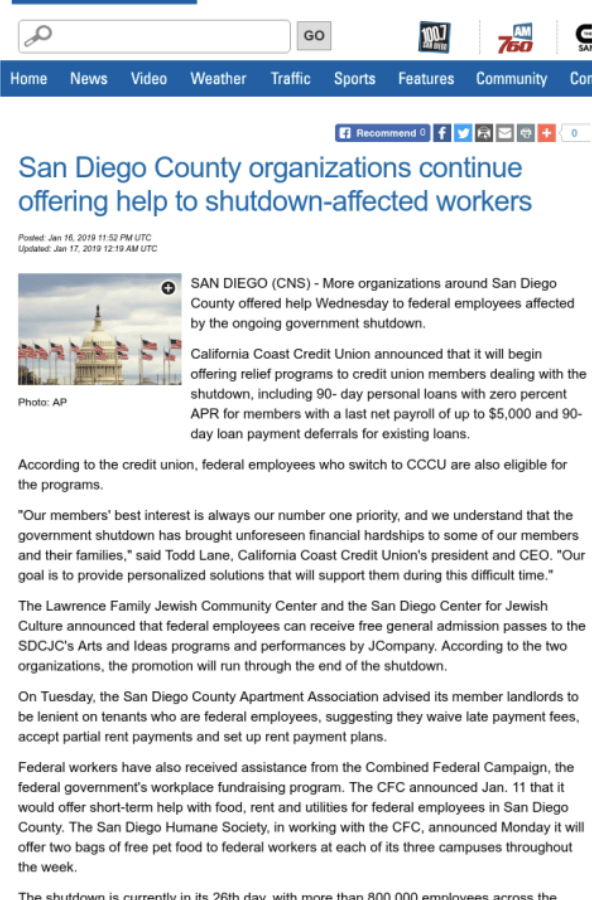